For A Collection of Famous Scientists all Together, there are at least two iconic photographs of a particular conference called The Solvay Conference where Chemists and Physicists meet up to discuss the latest discoveries. Click here to see the photographs which feature many famous scientists, including the likes of Marie Curie and Albert Einstein :
http://www.numericana.com/fame/solvay.htm

A fascinating life story of the woman who invented the word radioactivity , and who, along with her husband Pierre, isolated Radium.
a detailed life history can be found at ;
http://www.21stcenturysciencetech.com/articles/wint02-03/Marie_Curie.pdf 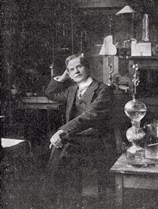 Frederick Soddy is a famous scientist who worked with radioactivity, isotopes and decay series, much of his work done in Glasgow University. He received a Nobel prize for this work.

Frederick Soddy is a fascinating character.

Here are some photographs I took of some of his equipment that is kept at Glasgow University, some of which may be on display at any one time at the Hunterian Museum - phone to check if planning a visit ! 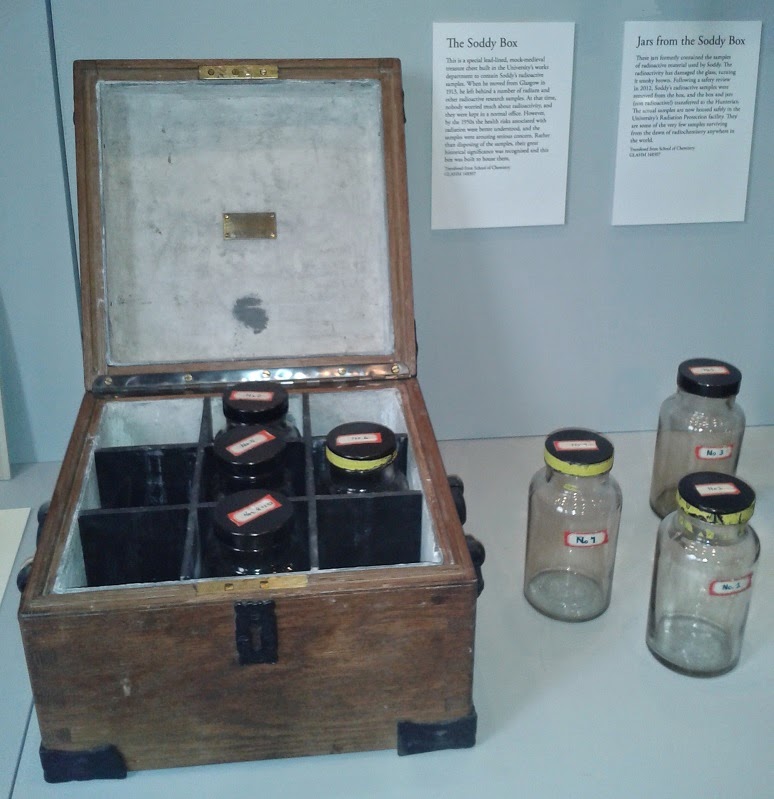 This is the box in which he contained his radioactive samples, including Radium in lead lined slots.

It has since more recently had the samples removed to render it safe for the public to view it !

But how interesting to see the equipment used by this famous scientist !

This is a printer he created (with some assistance I believe from technicians at the University) which would monitor and record the radioactive decays as they happened.  But can you believe he created this in the early 1900s ! Fascinating ! 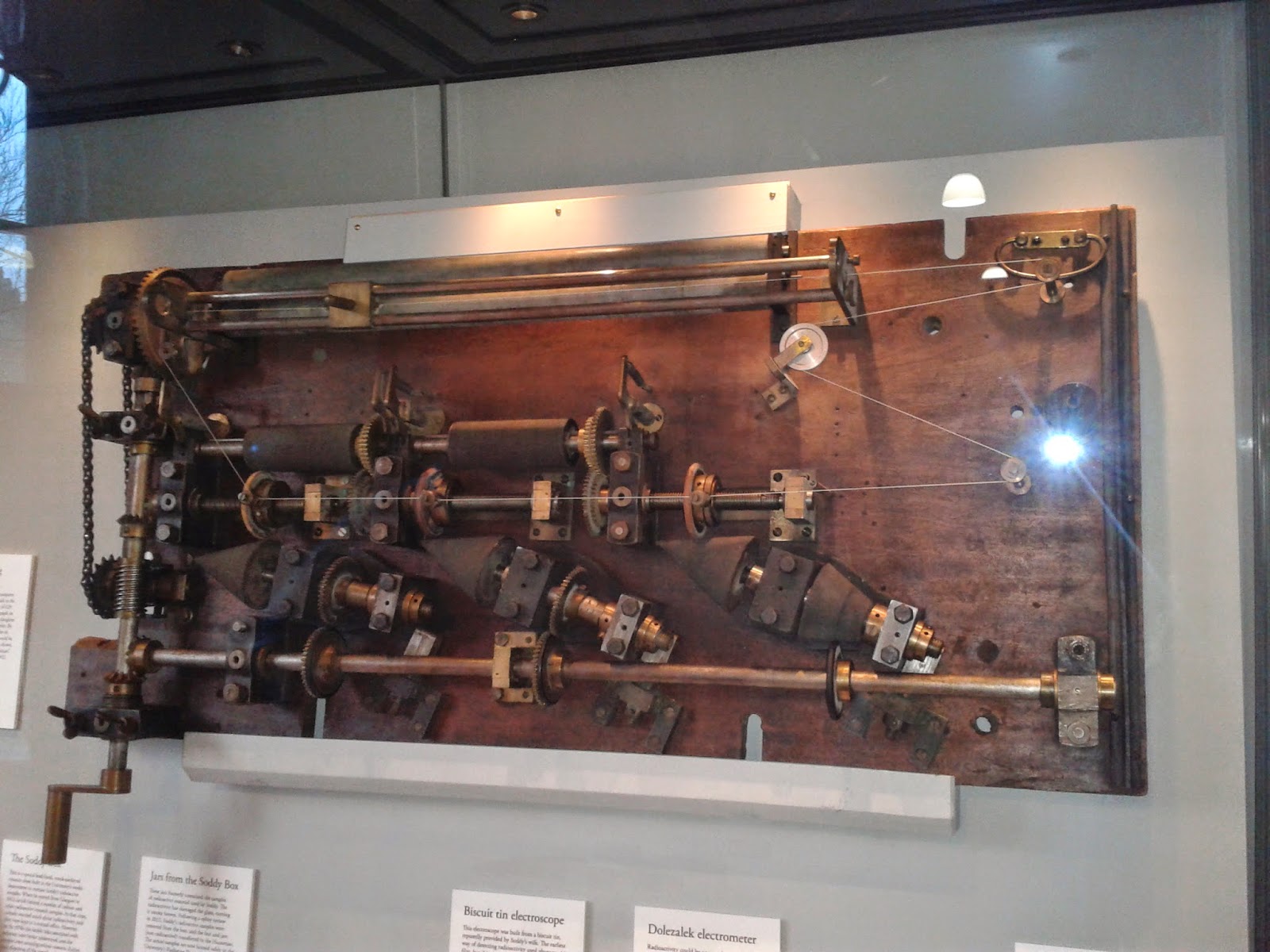 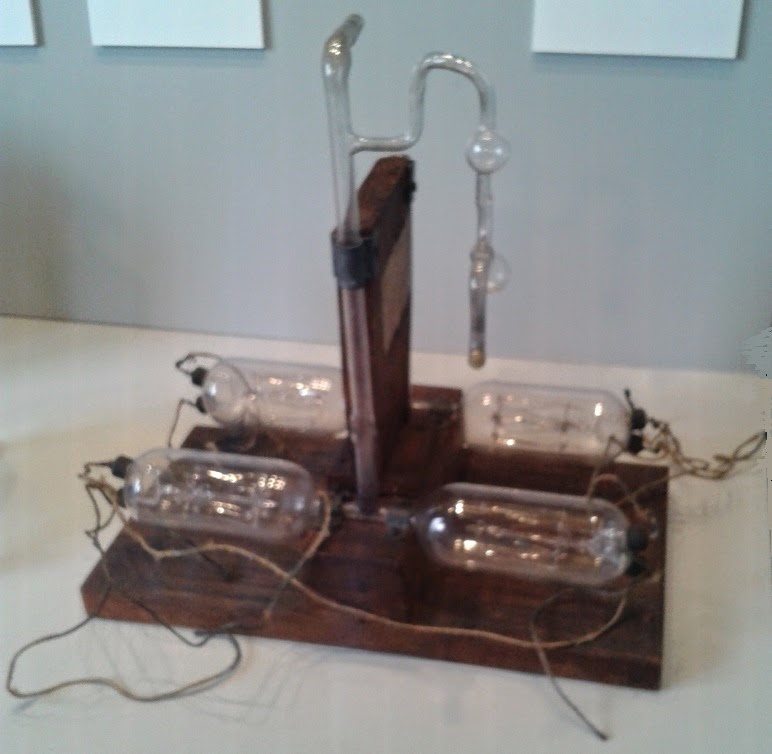 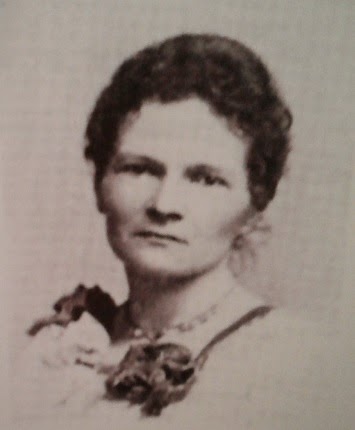 And here is a photograph of Dr Margaret Todd, who suggested the word "Isotope" to Soddy (in 1914), at a dinner party at Soddy's residence at 11 University Gardens. You can see a commemorative plaque on the wall at this house. The word means "at the same place".

Soddy worked with some female scientists and was very much for equality and had a mixed circle of friends, including Margaret Todd.
http://www.nobelprize.org/nobel_prizes/chemistry/laureates/1921/


Henry Moseley
A fascinating scientist, who tragically lost his life at a young age in World War 1 :
https://www.chemistryworld.com/opinion/moseleys-spectrometer/1003916.article
and
https://en.wikipedia.org/wiki/Henry_Moseley 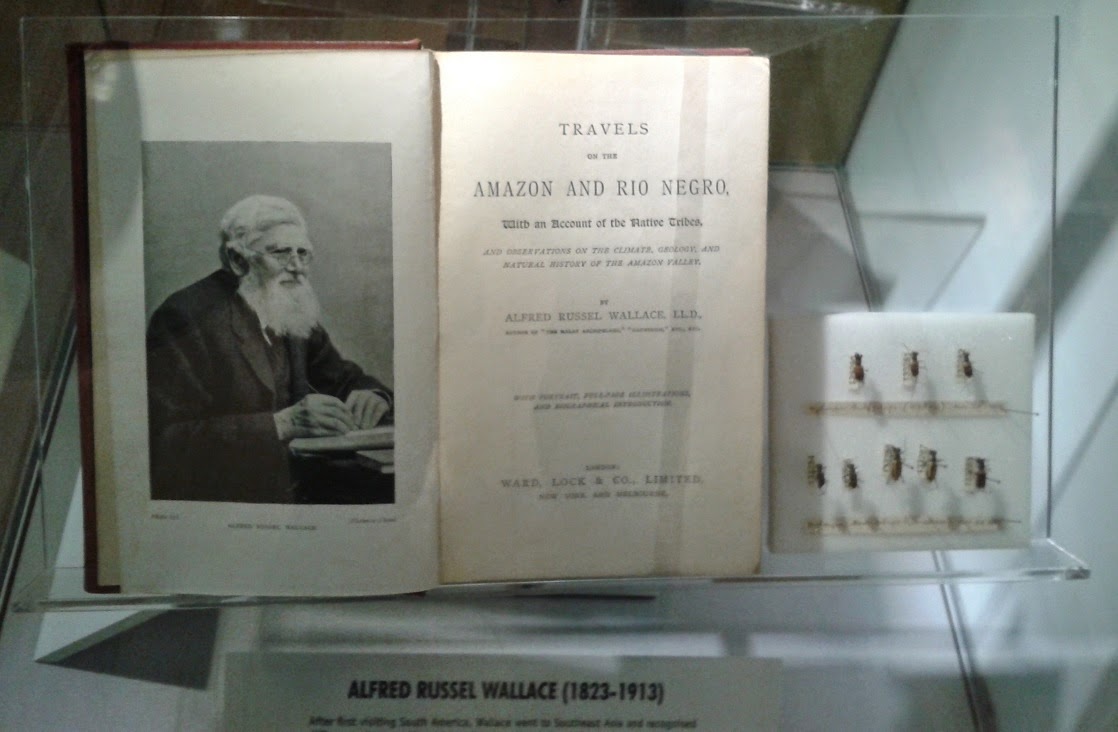 A copy of a book by Alfred Russel Wallace - "Travels on the Amazon and Rio Negro" (in South America)
with an account of the Native Tribes and observations on the climate, geology and natural history of the Amazon Valley.  (on display at the Hunterian Museum alongside some of the insects he collected) 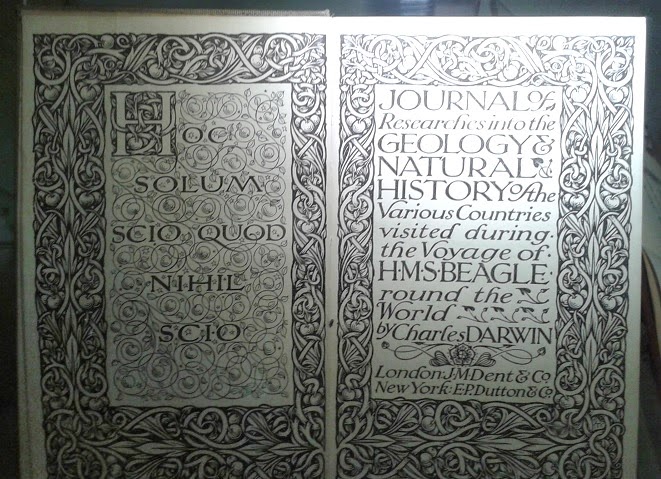 Charles Darwin set out on a voyage at the age of 22 on a ship called The Beagle. Here is a copy from the Hunterian Museum display of the published Journal he wrote on the voyage. He made observations of the geology, natural history, people and places as they travelled to the Galapagos islands, Patagonia and Australia.  Darwin later on came up with his theory of evolution which was based partly on some of the observations he made on this voyage. He later wrote a famous book "On the Origin of Species" about his theory of evolution.

Wallace Hume Carothers - the Inventor of Nylon - and many more links ot other interesting science figures and history - http://www.chemheritage.org/discover/online-resources/chemistry-in-history/themes/petrochemistry-and-synthetic-polymers/synthetic-polymers/carothers.aspx


Structure of Insulin, Vitamin B12 and Penicillin - Dorothy Hodgkin
a lovely watercolour of her : https://royalsociety.org/collections/dorothy-hodgkin/